I was reflecting on my own path into Anarchism, and subsequently the nihilistic position that I now embrace, and how they very much resembled a series of explosions and implosions, always destructive but also always leaving interesting rubble. Only possible when fuel, oxygen, and a spark meet, I'd like to share a series on those meetings. This will be the first. 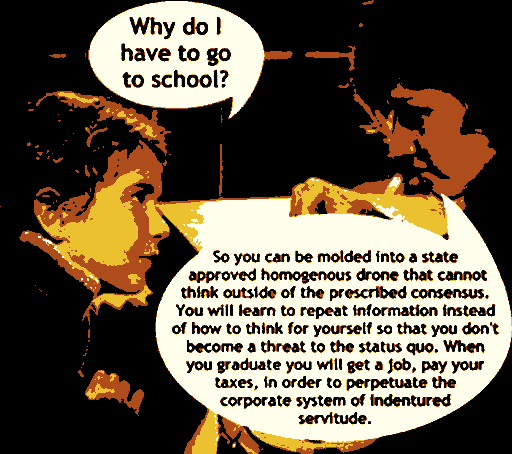 The first time I ever encountered the word anarchist was embarrassingly enough, coming across The Anarchist Cookbook on a strange website online. My friends and I, called little-shits often enough to start smelling slightly putrid, were interested in learning more advanced ways of getting up to no good. Firing up a copy of the Tor Browser we'd downloaded on one of our parents work computers, we navigated to a strange website called ParaZite who hosted the content we we're looking for... and more.

Anarchist as in HPVAC (Hacking, Phreaking, Virii, Anarchy, Cracking), ParaZite hosted a plethora of dangerous content that many modern anarchists would shudder to have their ideas associated with. It's still out their but be warned, there's some seriously nasty stuff to be found. Sandwiched between the sections Cannibalism and misc. (or Jihad and Gore depending on which page you're on), the Anarchism section has only two linked files; Direct Action and The Dominant Idea by Voltairine de Cleyre. Those two pieces, as well as the image at the top, lit a fire of rebellion in me that has burnt bright for nearly a decade now.

It's a common anarchist refrain today to “get of the internet” and look for communities locally, to meet face to face with people. But I think this ignores an important point. We live in a different world than we did 30 years ago, and a new way of living has emerged, one that I am certainly indoctrinated into. This bizarre website inspired me to a teenage rebellion that consisted of all the classics; punk, drugs, hacking, graffiti, and other fun things, all motivated to some extent by my newfound anarchist perspective. Perhaps a familiar trajectory, except that due to my living in a place without any anarchist scene to speak of, once I was done with my period of immediate and direct rebellion against the life I was prescribed (if it ever really does end) the only recourse was to return once again to the internet and seek community there. I don't want this to turn into an anthropological study of hacker subculture, but it may be interesting to note that that's where I returned.

My point of sharing this with you (if there is even a point beyond me writing about the past) is to tell a story that I think is incredibly common. For those of us who came to anarchism past a point where it seemed like an exciting/accessible(!) social space, who live in a world where geography plays a crucial role in deciding what ones social life looks like and where the only obvious remediation is to go online, us anti-socialites place less value in spaces where the intricacies of old social forms are important. And perhaps that's not such a bad thing, but as I may point out in a later piece, it's complicated.