Modern humans created nature to separate themselves from the earth and institute the world.(1) Was this act self-legitimizing, self-denying, or both? Was it an appeal to a divine authority out of fear of death: of the end of a life no longer measurable?

The false sense of stability and security this transcendence provides continues to face challenges. Preserving the self or humanity (and the corresponding ontologies of being and being Human through humanism) remains the official discourse of authority. Following this discourse, the technocratic war on viruses pit rational, reasonable, and impenetrable beings against a mutable, malicious, external other. Like Bayo Akomolafe describes, Covid is a trickster god exposing Human weaknesses.

One of these weaknesses has been called spirit. Two iconoclastic German philosophers known for their critiques of spirit are Max Stirner and Ludwig Klages. They share many similarities, and respective controversies.(2) Metaphysically, they both argue against idealism, transcendence, and the absolute. They both criticize the enlightenment rationalism of modernity. Like Heraclitus and Laozi, they both argue for an ontology of becoming over being: an ever mutating flux over a fixed stasis.(3) They also share a sort of immanent philosophy: emphasizing mind and matter as one-and-the-same. This immanence counters the alienating Cartesian dualism serving the projects, processes, and progressions of civilization and humanism. This dualism separates human beings (or rather, human becomings) from the earth and creates Humans.

The two differ somewhat in the directions they take this immanence. Stirner takes it to rail against the moralism of mass society and its collectivist sensibilities. They argue that Humans exist through a code of justice called moralism that authorizes domination against inhuman monsters. They also argue Humans act in the service of an abstract external authority that permits domination of unique persons through collective conformity. Klages takes it in an ecological direction: railing against the accelerating violent impact of industrial technology on the biosphere. Klages also, through Friedrich Nietzsche’s formulation, takes up the Dionysian call of chaotic passion over the Apollonian rationalist order. In a partly feminist take, Klages attributes this destructive Apollonian order of spirit to man, and the generative Dionysian chaos to woman.(4) Wo-man, Without-man, Without-spirit. The origins of the familiar gender symbols also go back to ancient Greece, with female being the passionate Venus and male being the authoritative Mars. While I consider Klages’s emphasis on gender here an essentialist trap, I agree that a chaotic ensouled immanence has been violently suppressed by a dominant logical materialist order, leading to a whole host of problems. Klages relies heavily on a polar understanding of the cosmos, even as they claim: “The origin of thought is not to be found in the duality: concept and thing, but in the trinity: concept, name, and thing. The name embraces the totality, but concept and thing are its poles.”(5) They also use this tripartite schema to divide what they consider human essence between body, soul, and spirit (the colonizing force attempting to overtake the body and soul polarity). Even if the Apollonian and Dionysian are considered both distinct poles and one-and-the-same (the yin and yang of Daoism comes to mind here), Im not convinced the symmetry of this framework is all that useful to break free from a limited either/or reading. This is where I look more to Stirner, among others, for an antidote to essentialist and dualist thinking generally, and gender specifically.(6)

The major distinction Klages makes in their effort to counter spirit is through the soul. The soul embraces an immanent ontology previously described: that mind and matter are one-and-the-same, and human beings are inextricable from their ecology on earth. The soul also embraces invisibility and illegibility to counter the authority of visibility and legibility: “[spirit] is absolute or ex-centric externality, while soul is a natural interiority: and the latter is akin to darkness and night, as the former is to clarity that knows no twilight.”(7) This is something to keep in mind for anyone engaging in fugitive and anarchist study. The soul is the linkage between human beings and the underworld in what Klages claims is an eternal tension:

“In the myths of almost every people we encounter bloody battles in pre-historic ages between solar heroes who are bent upon installing a new order and the chthonic powers of fate, who are finally banished into a lightless underworld…over the soul rises the spirit, over the dream reigns a wide-awake rationality, over life, which becomes and passes, there stands purposeful activity.”(8)

Against the purposeful teleology of spirit, the soul carries with it the negating function of the elemental underworld that Susanna Lindberg describes:

“the elemental is, but it is not a thing. It is no thing…It is not a thing but the withdrawl of being in beings, the refusal of ground in things, the absence of reason in reality. The elemental is the absence of transcendental ground, an absence which signals that the negation of such a ground does not amount to the empty nihil of nihilism but to another way of encountering being.”(9)

This other way of encountering being I could describe as becoming, but Id like to take it in a further direction. This elemental absence resides in an “underworld that contradicts but nonetheless conditions the world was conceived as raw nature behind the functional ecosystem and as death behind human society” This seems to be the planetary or cosmic perspective. This raises a nihilist question: when speaking of the elemental, what is it? Lindberg answers: “It is a kind of a generous nothingness that is not simply absent but signals its own absence: it is not an empty void but a dynamic nothingness that calls and beacons from afar.” Perhaps that call resonates in the soul, and that call is a coming to terms with death against preservation: that both living and dying are one-and-the-same. 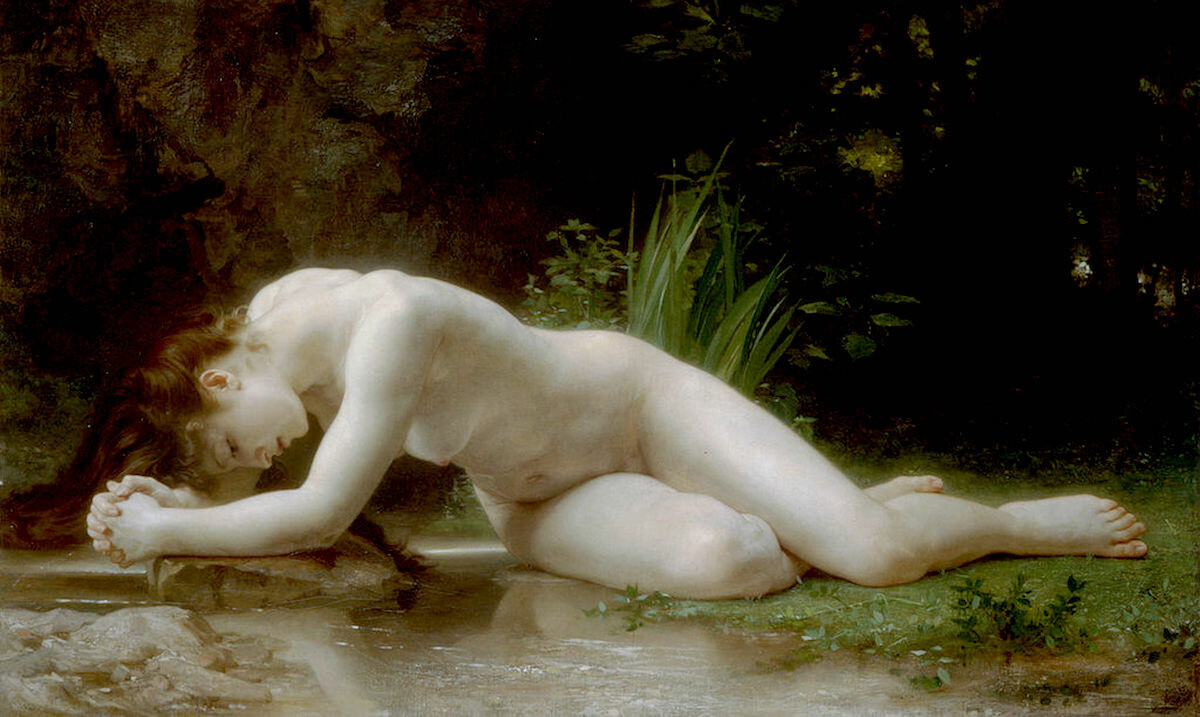 (2) There are a number of people who have read very literally the early Steven Byington translation of Stirner's Der Einzige und sein Eigentum (titled The Ego and Its Own by them), and advocate for an atomistic and almost social Darwinian individualism I find incompatible with Stirner’s philosophy. There are others who are drawn to the racial essentialism found in Klages's writings, eager to draw a blood and soil informed politics from Klages’s critique of modernity. Upon deeper reading, Klages not only suffers from troublesome racial and gender essentialist claims, but consistent anti-Semitic rantings and admiration of what they consider Germanic and/or Aryan values. This unsurprisingly has led to their reputation as an antecedent to Nazism, which has been debated given their fundamental disagreements with the Nazi intelligentsia. Ill have to investigate further to determine how much these values were integral to Klages's philosophy, since the most detestable statements Ive found are only present in the texts from a publisher who seems heavily invested in these perspectives, and absent from from another who defends Klages as having been unfairly portrayed as a forerunner to fascism. From what I currently know, I wouldnt define Klages as a fascist, but they certainly hold a heavily racialized understanding of the world, identifying with Germanic ideals they tout superior. I also wouldnt consider their essentialist perspectives on race and gender integral to their metaphysics, and find their concept of an immanent soul to be a valuable alternative to materialist rationalism and idealist spiritualism.

(3) At least two philosophers in whats called the post-structuralist camp: Gilles Deleuze and Jacques Derrida, also share similar understandings, and have both written about Stirner.

(4) “The analogy of gender, too, between spirit and man, and soul and woman, has a deep foundation, which can be traced all the way back to the Greeks” (Klages, Soul and Spirit).

(9) Susanna Lindberg, Unthinking the Underworld: Nature, Death, and the Elemental